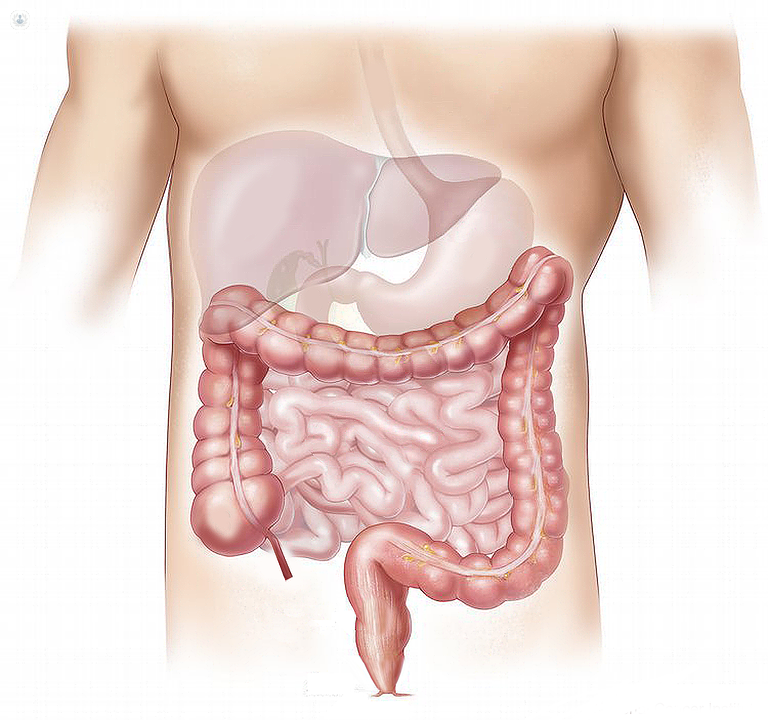 What is double balloon enteroscopy?

Double balloon enteroscopy (DBE) is an advanced endoscopic procedure which allows doctors to diagnose and treat conditions of the digestive system, and can be performed from either end of the digestive tract (mouth or rectum). It is notable in that it allows examination of the entire small bowel in real time without invasive surgical intervention. Also known as “push-pull enteroscopy”, the technique was developed in Japan in 2001 by Hironori Yamamoto, and is now utilised by trained specialists across the world.

What does double balloon enteroscopy involve?

Double balloon enteroscopy involves inserting a flexible, high-resolution video endoscope into either the mouth or rectum and feeding it along the digestive tract to the small intestine. Two balloons are fixed to the equipment: one to the end of the enteroscope camera, and the other to the overtube. These balloons can be inflated and deflated by a pressure controlled pump.

By inflating and deflating the balloons in an alternating pattern, the enteroscope is able to pass along the whole of the small intestine, visualising it in its entirety. It also allows for biopsies to be taken, or even certain treatments, such as the placement of stents, to be performed.

What is double balloon enteroscopy for?

Double balloon enteroscopy is used to investigate pathologies of the upper and lower digestive system that the doctor suspects originate from the small intestine. Symptoms that could prompt the doctor to recommend DBE include bleeding, diarrhoea, abdominal pain, and anaemia.

DBE is of particularly interest to gastroenterologists as it allows the whole of the small intestine to be seen and examined. It has been applied to identify obscure causes of gastrointestinal bleeding, to find and remove polyps, to remove foreign bodies from the intestine, to take diagnostic samples from small bowel tumours, and to provide diagnosis and therapy to various other abnormalities.

How can you prepare for DBE?

As with any procedure, you should make sure your doctors are informed of any medication you are taking, any allergies you have, and any special needs you have beforehand.

If the double balloon enteroscopy is going to be performed orally, you should not have any food or liquids (including water) after midnight before the exam. However, if it will be performed via the rectum, standard colonoscopy procedure applies, which involves a restricted diet and laxatives prior to the procedure to prepare your colon.

You should plan to take the day off work and have someone drive you home afterwards, as you will be put under sedation during the procedure, and it is not recommended to drive until the after-effects have worn off.

Double balloon enteroscopy is performed with anaesthesia or heavy sedation, so the patient is unlikely to feel anything. Rectal DBE involves sedation, while oral DBE has the patient sedated and their throat is also anaesthetised via a spray before the tube is gently passed down the throat.

Learn more about double-balloon enteroscopy and other endoscopic techniques!

Any cookies that may not be particularly necessary for the website to function and is used specifically to collect user personal data via analytics, ads, other embedded contents are termed as non-necessary cookies. It is mandatory to procure user consent prior to running these cookies on your website.